I started at the stern. After fairing the stern with the spokeshave I glued a thin strip on the stern which I formed with the heat gun. I made the stem out of five layers. Four layers of 3 mm teak with one layer of poplar in between all formed with the heat gun. I did not trust myself in gluing all the layers in one step. I did it in three steps. The glue was a polyurethane glue, the fast setting type so I could do it in one evening. After hardening  I formed it with the spokeshave and the ROS. 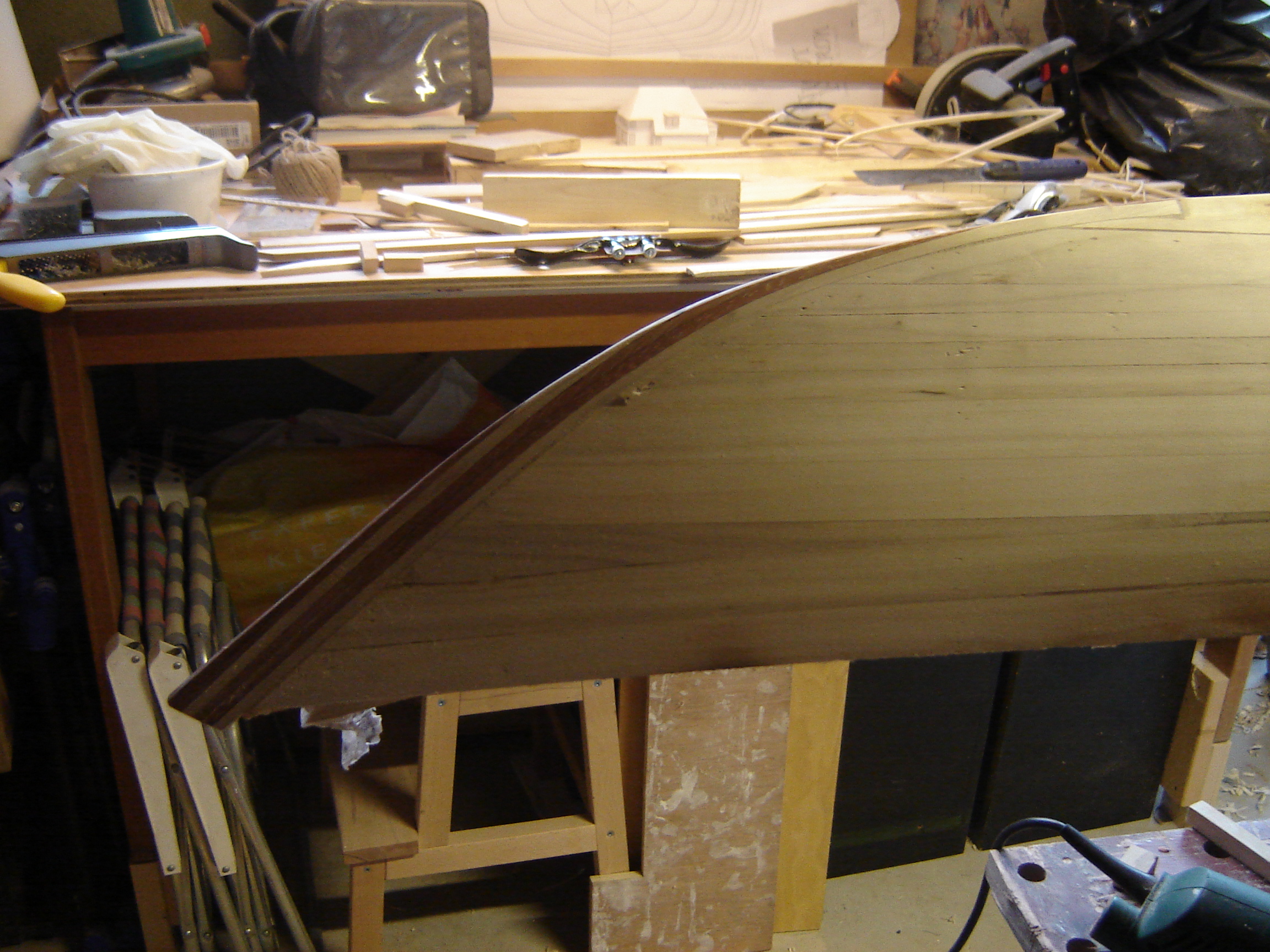 As usual I made mistakes. The first layer of my stem was poplar. At the start of the stem in the keel, there is nothing left of the hard teak. So next time I will start with the hardwood layers. The second mistake was not reading the book KayakCraft by Ted More. He describes perfectly how to handle. I did not make a slot to connect the inner and the outer stem, but it looks alright. The mistake that will give the most work is that I sawed it to short at the end.

At the bow I did better but as you can see it bends down at the end. To much material removed.  I will sort that out later. 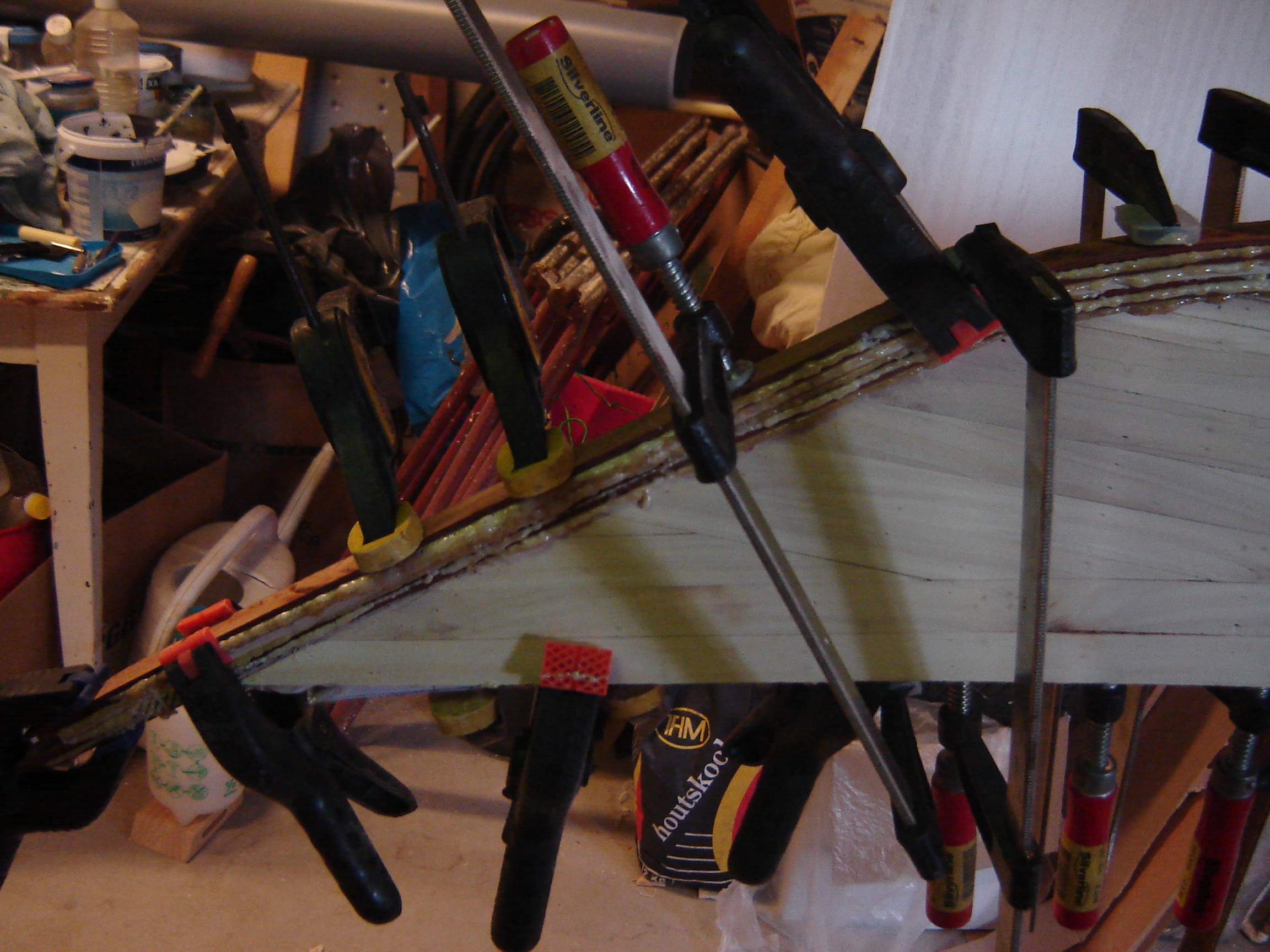 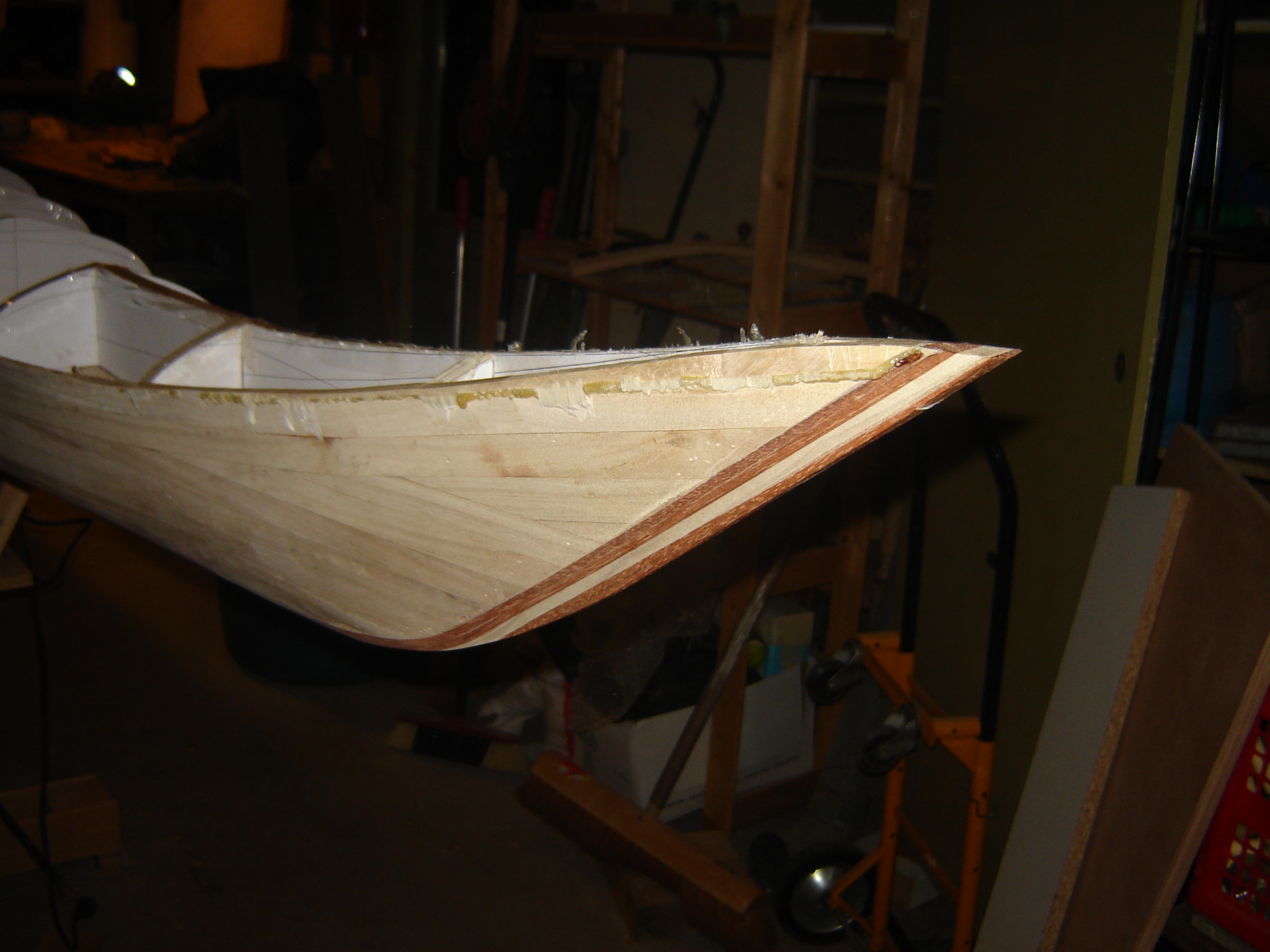